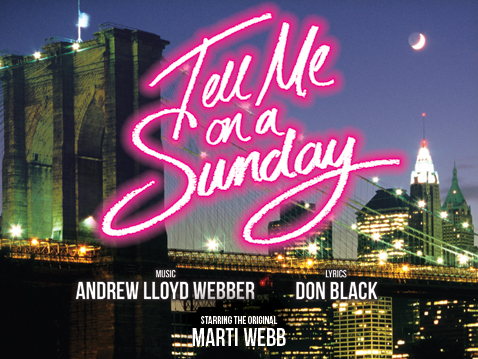 News reaches us of a couple of fantastic musical theatre productions that will be held on our doorstep – at St James Theatre in Victoria – early next year.

First up, Tell Me On A Sunday is on from 7th to 12th January 2014 starring Marti Webb, one of this country’s most popular musical stars – she’s had leading roles in musicals such as Oliver!, Evita, Cats and Godspell. This one-woman show – which is an original production by Andrew Lloyd Webber and Don Black – tells the tale of an English girl who’s newly arrived in New York, and who’s on the look out for success, companionship and love. But after enduring frustration and heartache, she starts to wonder whether she’s been looking in the wrong place all along.

Marti Webb will be reprising her original role in Tell Me On A Sunday, one that saw her receive huge critical acclaim. Originally performed as a album (which reached number one in the UK charts), the show became a TV special and was then performed on stage as one half of Song & Dance.

Ms Webb last performed the role 10 years ago, and this special run will see only eight shows take place, supported by hits from theatreland’s latest and greatest shows, exclusive to the UK. Of returning to her role, Ms Webb says:

“I’m thrilled and delighted to be doing Tell Me On a Sunday again. It means so much to me, it really does. It was one of the most important things to have happened to me in my life.”

Next up in January at St James Theatre is the London premiere of Stephen Sondheim’s Putting It Together, by arrangement of Sir Cameron Mackintosh and featuring an award-winning cast that includes David Bedella, Daniel Crossley, Janie Dee, Damian Humbley and Caroline Sheen. 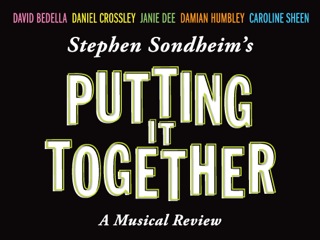 Putting It Together was first produced by Sir Cameron Mackintosh in New York over twenty years ago, starring Julie Andrews. The show is a revue with a difference – set at a cocktail party in New York, it tells the story of two couples – one middle-aged and married, the other young lovers who are just starting out – who reflect on the complexities of modern relationships through the songs of Stephen Sondheim.

“I couldn’t be more delighted that my brother, Robert, is presenting the London premiere of Sondheim’s review ‘Putting it Together’ – a companion piece to Side by Side by Sondheim that I put together with Julia MacKenzie in England many years ago starring Diana Rigg and subsequently in New York with Julie Andrews and Carol Burnett.

Robert’s theatre, the stylish and innovative St. James, should prove the perfect venue for Sondheim’s brilliant, witty and moving material culled from many of his great musicals. ‘Putting it Together’ is a musical theatrical cocktail that promises to leave audiences shaken, stirred and highly entertained.”

Putting It Together at St James Theatre is directed by Alastair Knights, choreographed by Matthew Rowland, with musical supervision by Alex Parker, and associate direction and choreography by Scarlet Wilderink.

The St James Theatre opened its doors in September 2012, and has seen productions such as Scenes from a Marriage starring Olivia Williams and Mark Bazeley and directed by Trevor Nunn; Bully Boy by Sandi Toksvig, directed by Patrick Sandford and starring Anthony Andrews and Joshua Miles; and The American Plan, directed by David Grindley and with a cast including Diana Quick and Dona Croll. The theatre is entirely funded by private investment and its space includes a 312 seat theatre, a studio space, brasserie and bar.