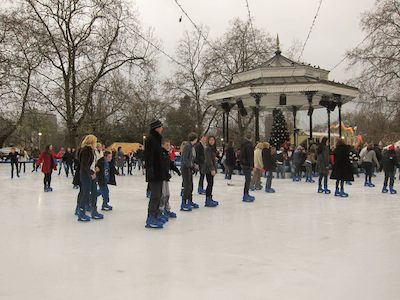 Seeing as we’re so close to Christmas, I decided to put on my festive hat and pay a visit to Winter Wonderland in Hyde Park today – having greatly enjoyed my visit there last year. (See my photos from last year’s event.) Attending later in December this year, today – only four days before Christmas – was incredibly busy; of course, schools are out but so it seems are colleges, universities and even some workplaces (or perhaps it was just people skiving off work!) given the crowds of all ages there. 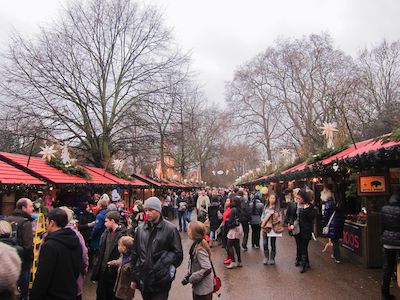 An overcast and slightly wet day evidently didn’t dampen anyone’s spirits. I noticed a sign at the entrance (near Hyde Park Corner) saying that ice skating tickets for the day had already sold out (this was only about two hours after opening) and there were quite some queues at some of the rides. Mulled wine and German sausages (red, white or my favourite – curry sausage) were also clearly popular, given the amount of people I saw wandering around enjoying these items, and Angels Market – where many of the crafts stands are – had many, many people around each stall. 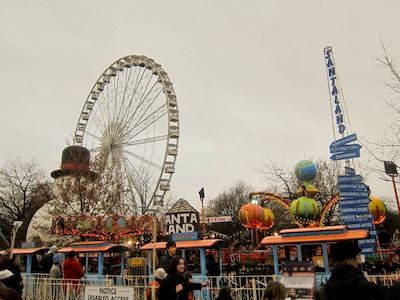 The year’s event seems much larger than last year’s, with a significant number of additional rides and areas. The ice rink has also moved to a different location – it is now towards the centre of Winter Wonderland, located round a bandstand. This is great for two reasons – not only can visitors now properly go “round and round” on the ice-rink, but there’s also live music playing as skaters whizz by. (When we were there, there was a talented young guy playing an acoustic set including a great rendition of Ed Sheeran’s The A Team.)

Winter Wonderland is open daily 10am to 10pm every day until 3rd January 2012 (except Christmas Day) and is well worth a visit! Entry is entirely free, although you do have to purchase tickets to go ice skating or to travel on the giant wheel, and also for the circus. (You also need to purchase tokens to go on any of the rides.) However, it’s also great fun to just walk through Winter Wonderland, looking at all the stalls selling gifts and food & drink, as well as watching kids and adults alike enjoying themselves on the assorted rides. (Or getting scared by the “talking tree” near the Serpentine!)

There’s still time to go this year, or right at the beginning of the New Year, and I would highly recommend it. Given there’s no entry fee, it’s also a very budget-conscious activity – although you may like to treat yourself to a few rides or a nice glass of mulled wine! 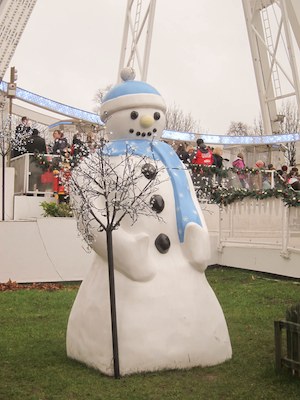 A friendly snowman at Winter Wonderland 2011 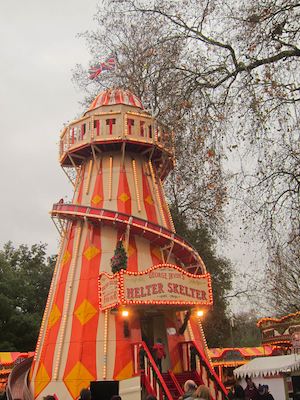 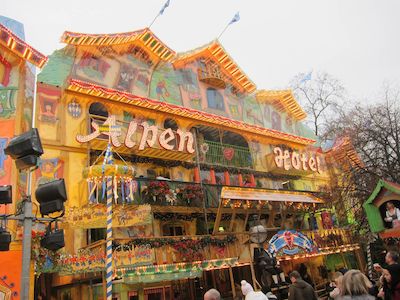 A fun ride at Winter Wonderland 2011 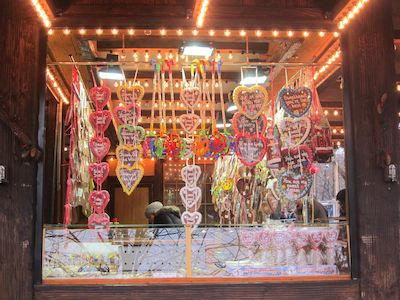 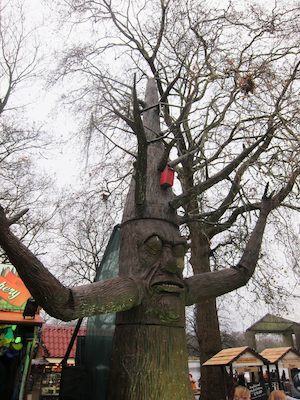 The talking tree at Winter Wonderland 2011 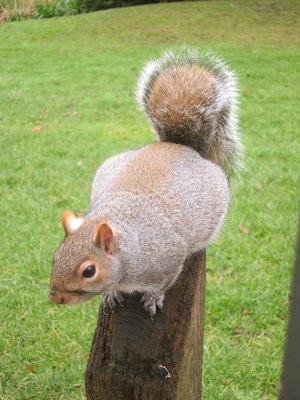 A friendly squirrel to say goodbye to us as we leave