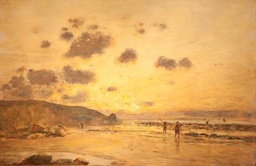 The 20th anniversary of The BADA Antiques and Fine Art Fair in Chelsea (21st to 27th March 2012) will see the international art dealership Trinity House exhibit two important works by Seago and Boudin – Gondolas by the Salute by English artist Edward Seago and Evening Étretat by Eugène Boudin. 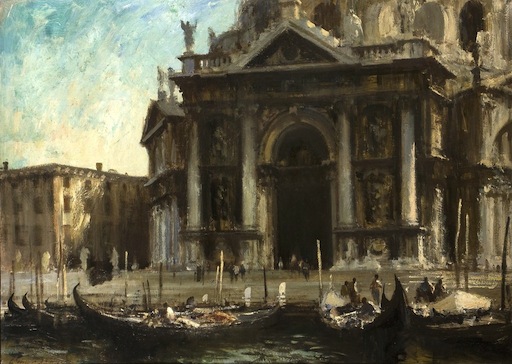 Gondolas by the Salute by Edward Seago 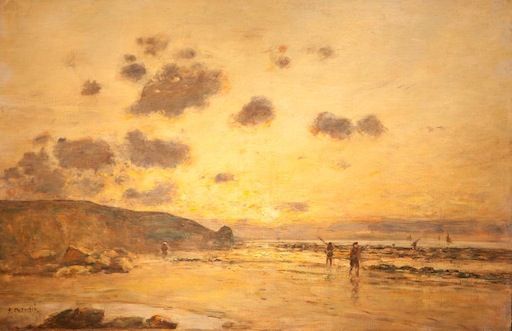 Edward Seago painted from a young age, inspired by the 19th century Norwich painters. As his reputation grew, so did his “celebrity”, with his work often famed to attract crowds. Eugène Boudin, meanwhile, was influenced by the 17th century Dutch masters and was encouraged to paint outdoors (en plein air) after meeting Dutch painter Johan Jongkind. It was in 1857 that Boudin met Claude Monet who spent several months working in Boudin’s studio; they remained lifelong friends and Monet paid tribute to Boudin’s early influence.

“Both of these works by Seago and Boudin, are perfectly suited to the wonderfully elegant and relaxed atmosphere created at the BADA Antiques & Fine Art Fair. Trinity House is delighted to be part of the fair again which promises high quality art and antiques for buyers and browsers from the UK’s leading experts.”

Trinity House is an international art dealership, specialising in Impressionist, Post-Impressionist, Modern British and 19th century works that is based in London, New York and Gloucestershire. More information can be found at www.trinityhousepaintings.com.

The BADA Antiques & Fine Art Fair will allow visitors to purchase top quality art and antiques from the UK’s leading experts. The two Trinity House paintings can be viewed at stand B20.