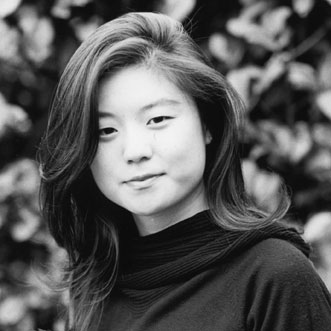 To kick off the Classical Tuesdays series at the Institut français this autumn, young Korean pianist Min-Jung Kym will be performing a tribute concert to Pierre-Antoine Bernheim on 20th September 2011, featuring a selection of pieces including works by Schumann, Beethoven, Donzietti and Liszt.

A graduate of the Royal Academy of Music, Ming-Jung has performed as a soloist, in a duo and as a chamber musician, making her London solo concert debut at the age of only twelve at the Royal Festival Hall, playing with the National Symphony Orchestra. Other venues she has performed in include the Queen Elizabeth Hall, Wigmore Hall, Cadogan Hall, and she has also appeared at the Cheltenham Festival and the Broadwood International Piano Festival. She regularly performs in collaboration with musicians such as the Haffner Ensemble, Pierre Amoyal and Adrian Brendel.

The concert’s programme will include Schumman’s Papillions Op. 2; Beethoven’s Piano Sonata No. 31 in A flat major Op. 110; and Doznietti and Liszt’s Reminiscences from Lucia di Lammermoor.

The concert is being held in tribute to Pierre-Antoine Bernheim, a friend of the Institut français, a great supporter of its activities and a passionate enthusiast of classical music.

Tickets cost £15 (concessions £12, students £8) and can be booked online at www.institut-francais.org.uk or by calling the box office on 020 7073 1350. Early reservation is recommended.

Those who would like to introduce classical music events to the little ones may also be interested to learn that the Institut français is to run a series of interactive family classical concerts on Saturdays, with the first on 17th October. More on these can be found at www.institut-francais.org.uk/kids-and-teens/cavatina-family-concerts.