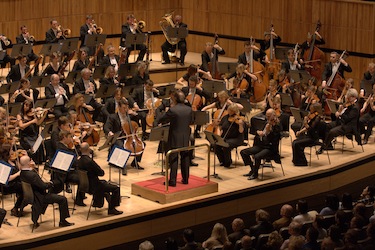 The Royal Philharmonic Orchestra have recently announced the full listing of concerts for their 2013-2014 season at Cadogan Hall in Chelsea and the Royal Albert Hall in Kensington. There’s a wonderfully wide variety of artists performing this season, and the concerts include their usual special Christmas events in December.

The Royal Philharmonic Orchestra will also be performing concerts at the Southbank Centre for the 2013-2014 season – to find out more details, please see www.rpo.co.uk/royal_festival_hall.php.

Pianist Natasha Paremski takes to the stage for Robert Schumann’s beautiful Piano Concerto, one of many works written for his wife, Clara. Framing the Concerto are two works by Dvorák: the spirited Carnival Overture, which brims with lively Czech folk music, and the Symphony No.7, considered by many to be Dvorák’s greatest achievement. Shortly before its completion, he wrote: ‘I am now busy with this symphony for London, and wherever I go I can think of nothing else. God grant that this Czech music will move the world!’ 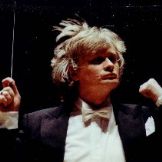 Three outstanding works by three great masters, beginning with the glittering festivities of a Roman carnival, as portrayed by Berlioz in music full of romance and joie de vivre. Beethoven’s Violin Concerto is a masterpiece of the genre, bridging the gap between Classical and Romantic concerto styles with elegance and wit. Beethoven’s genius so overwhelmed Brahms that he was slow to write works that might be compared with those of his idol. It took Brahms nearly fifteen years to compose his First Symphony, but the work was worth the wait. The Symphony exudes great nobility and mastery of form, with a powerful opening movement, lyrical Andante, graceful third movement and stirring finale. 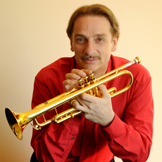 A scintillating concert showcasing the outstanding Royal Philharmonic Orchestra brass section, joined by the dazzling American trumpet player Allen Vizzutti. A true virtuoso, Vizzutti is equally at home playing classical and jazz, and his performance style incorporates elements of both styles – with thrilling results. The great jazz musician Chick Corea hailed Allen Vizzutti for his ‘easy control, polyharmonic wit, orchestral penmanship, punctuated spiritual warmth’, adding that ‘rarely do so many qualities find themselves in one musician’.

This all-brass programme is conducted by Bramwell Tovey, whose composition Pictures in the Smoke is also featured. Opening with Copland’s glorious Fanfare for the Common Man, the concert includes an arrangement of Walton’s rousing Spitfire Prelude and Fugue, and Vizzutti takes centre stage for the breathtaking Carnival of Venice. 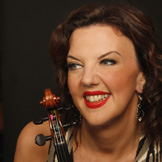 An unmissable concert, featuring celebrated violinist Tasmin Little playing Bruch’s ravishing Violin Concerto No.1. Bruch’s most famous composition, this irresistible work showcases the violin’s capacity for soaring, singing melodies and dazzling display. Little was hailed earlier this year for her ‘careful articulation and a truly beautiful elegance of playing… Hers is a warmly human personality, and her artistry is truly refined.’

The programme also features Bizet’s first suite of music from L’Arlésienne, full of memorable tunes, and culminates in the joyous Second Symphony by Tchaikovsky. The Symphony includes three Ukrainian folk songs, which gives the Symphony its nickname – ‘Little Russia’, which was a term used to describe Ukraine at the time. 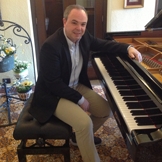 A programme encompassing delicious refinement and great passion, opening with the Overture to German composer Humperdinck’s ‘fairy tale opera’, Hansel and Gretel. The work was first conducted by Richard Strauss, and Humperdinck’s Overture exudes a Straussian romance and wit, full of charming melodies and rich orchestration. Pianist Mario Galeani performs Beethoven’s majestic Third Piano Concerto, with its dramatic first movement, a deeply beautiful Largo, and the famous Rondo. While composing his extraordinary Sixth Symphony, Tchaikovsky wrote to his brother, declaring: ‘It seems that the best of all my works is coming forth from me.’ Many would agree: the ‘Pathétique’ represents some of the most intensely personal and powerful of all Tchaikovsky’s music. 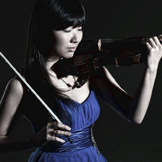 An essential concert for all lovers of Tchaikovsky’s music, this programme celebrates the many facets of the composer’s style, from elegant poignancy, to unfettered emotion, to dancing good humour. Tchaikovsky’s Serenade for Strings was inspired by Mozart, a composer much admired by Tchaikovsky, who said of the Serenade that it was written ‘from inner compulsion. This is a piece from the heart’. The Violin Concerto was not much appreciated during Tchaikovsky’s lifetime, but its vibrant and heartfelt melodies have ensured that the work remains hugely popular with audiences today. The programme concludes with unique arrangements of Tchaikovsky’s glorious Swan Lake, made by the concert’s acclaimed conductor, Barry Wordsworth. 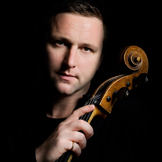 A programme of contrasting musical styles unified by exquisite emotional power. Composed during World War One, Ravel dedicated each movement of his Le tombeau de Couperin to a fallen friend. Yet the influence of the Baroque composer, Couperin, results in music of bittersweet understatement. Also written in response to the First World War, Elgar’s Cello Concerto is one of his greatest works, the cello evoking the human voice as it unfolds aching, deeply moving melodies. The Concerto is performed by Jamie Walton, hailed by the Washington Post as ‘a major cello talent… Though relatively young, he plays with the dignity and reserve of a well-seasoned artist’. Tchaikovsky’s Fifth Symphony offers a profound insight into the composer’s tumultuous emotional history, travelling a longed-for journey from unfulfilled desires to joyful acceptance. 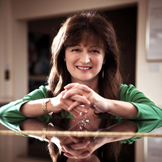 The Magic of Christmas 2013

As winter sets in, warm up with a magical concert full of festive cheer for all the family.

Featuring popular classics Sleigh Ride and Have Yourself A Merry Little Christmas, orchestral favourites such as Tchaikovsky’s Sleeping Beauty Waltz and a selection of music by composer and conductor Debbie Wiseman, including the world première of The Christmas Party and the orchestral suite from Father Brown.

In aid of Breast Cancer Campaign

Programme to include:
Have Yourself a Merry Little Christmas
Mary’s Boy Child
Sleigh Ride
The Little Road to Bethlehem
Santa Baby
Let it Snow …plus many more!

Back by popular demand, the Royal Philharmonic Orchestra’s Christmas Cracker is a delightful evening of festive musical gems. This enchanting and melodious concert is sure to fill you with good cheer as the Orchestra, Mary Carewe and Michael Dore sing their hearts out to get the Yuletide celebrations off to an entertaining start. 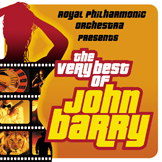 The Very Best of John Barry

This concert celebrates John Barry’s music and features hit pieces from: Goldfinger, Dances with Wolves, The Black Hole, Midnight Cowboy, Out of Africa, Born Free, Moonraker, Zulu and many more!

John Barry had huge success in the world of film music, having written some of the best soundtracks for the silver screen including, of course, the James Bond films. Conductor Nic Raine is joined by guest vocalists Alison Jiear and Lance Ellington. Presented by Tommy Pearson, a renowned authority on film music. 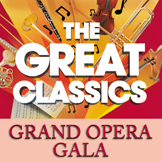 An unforgettable afternoon devoted to the most popular operatic arias of all time, written by some of the world’s greatest composers. Magnificent music from well-known operas, including: The Barber of Seville, The Magic Flute, Rigoletto, Madame Butterfly, The Pearl Fishers, Candide, Die Fledermaus, Turandot, Carmen and many more! 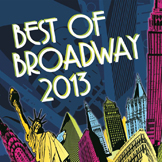 All your favourite songs from best-selling Broadway shows performed at London’s most iconic venue. Including hit songs from: Wicked, The Phantom of the Opera, The Lion King, Sweeney Todd, Cats, West Side Story, Mamma Mia and many more!

NEW FOR 2013: a mesmerising tribute to the music of Les Misérables including Bring Him Home, One Day More, I Dreamed a Dream and more from the worldwide blockbuster film and Broadway production. 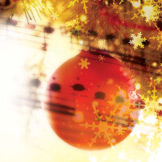 A yearly favourite, John Rutter’s Christmas Celebration returns to the Royal Albert Hall. Enjoy a festive evening with the Royal Philharmonic Orchestra conducted by the composer himself.

Yuletide music would not be complete without that of the one and only John Rutter. Join him in this best-selling concert as he conducts a popular selection of the very best Christmas carols, choral pieces and orchestral works.

Pirates of the Caribbean: The Curse of the Black Pearl in concert

Watch the adventures of Captain Jack and his motley crew unfold in this hi-tech thrilling adventure on the big screen, while the live Royal Philharmonic Orchestra simultaneously perform the electrifying score of the sensational blockbuster, Disney’s Pirates of the Caribbean: The Curse of the Black Pearl. With rumbustious strings and buccaneering brass, the movie springs to life in the magnificent Royal Albert Hall!

This fascinating runaway hit tells the story of an upstanding young blacksmith (Orlando Bloom) who enlists the help of an eccentric, dishonest pirate (Johnny Depp) to rescue the beautiful young woman (Keira Knightly) with whom he is in love and who has been kidnapped by cursed, undead pirates.

This swashbuckling adventure is not to be missed! 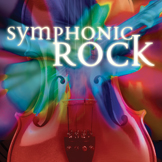 Symphonic Rock is celebrating its 10th year with an evening of thrilling rock anthems and classic songs in this electrifying orchestral event.

NEW FOR 2014 – A special tribute to the music of Coldplay, featuring Viva La Vida, Trouble and Fix You.

Accompanied by a spectacular light show. 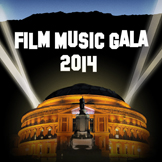 Lights! Camera! Action! A popular evening with movie-fans celebrating some of Hollywood’s much-loved and iconic soundtracks.

NEW FOR 2014: A tribute to the great film composer Elmer Bernstein featuring classic film scores: The Great Escape, The Magnificent Seven, To Kill a Mockingbird, Walk on the Wild Side, The Man with the Golden Arm.