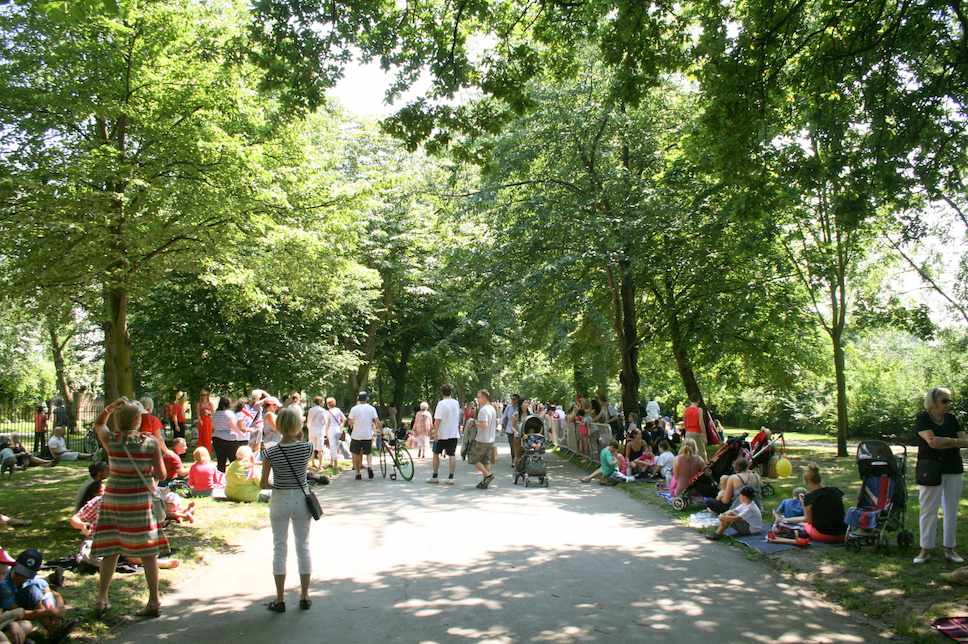 On the penultimate day of the Olympic torch relay – the day before the opening ceremony of the Olympic Games – the torch passed through many central London areas, including our very own Kensington & Chelsea! Entering the Royal Borough at around 1.30pm, on the north side of the Thames by Chelsea Bridge, the torch wound its way down King’s Road, up and along Fulham Road (meaning a brief detour in Hammersmith and Fulham) before heading up to Hammersmith Road and back along to Kensington High Street.

The torch was scheduled to reach Holland Park at 2.30pm and was to to travel up the main path in the park, before passing in front of the Opera Holland Park (to be greeted by a choral fanfare!) and then head out onto Abbotsbury Road to continue its journey.

I headed to Holland Park at around 1.30pm to soak up the atmosphere and also see some of the fun and games on the main sports field in the park, as well listening in on the choir practising on the steps of Opera Holland Park. There was a superb vibe in the park and it was great to see so many local residents (and workers in their suits!) come down to the park to see the flame. Many had decided to make an occasion of it, coming down with full picnic spreads, champagne to toast the flame, rugs to sit on and much more. There really did also seem to be people of all ages – including a great many babies, who I am sure will be told in a few years that they “saw” the Olympic flame in 2012!

The torch turned up around ten to fifteen minutes late (which, given its importance, I will allow) and seemed to pass through the park very quickly – blink and you miss it kind of stuff! Because, no doubt, of the limitations and narrowness of the park route, the torch was accompanied by any vehicles, just by the Olympics runners and some police men and women. But it was truly great to see the flame in person, and it was – quite rightly – greeted with cheers and applause.

Arriving at around 1.30pm, plenty of people already there to get a good viewing spot 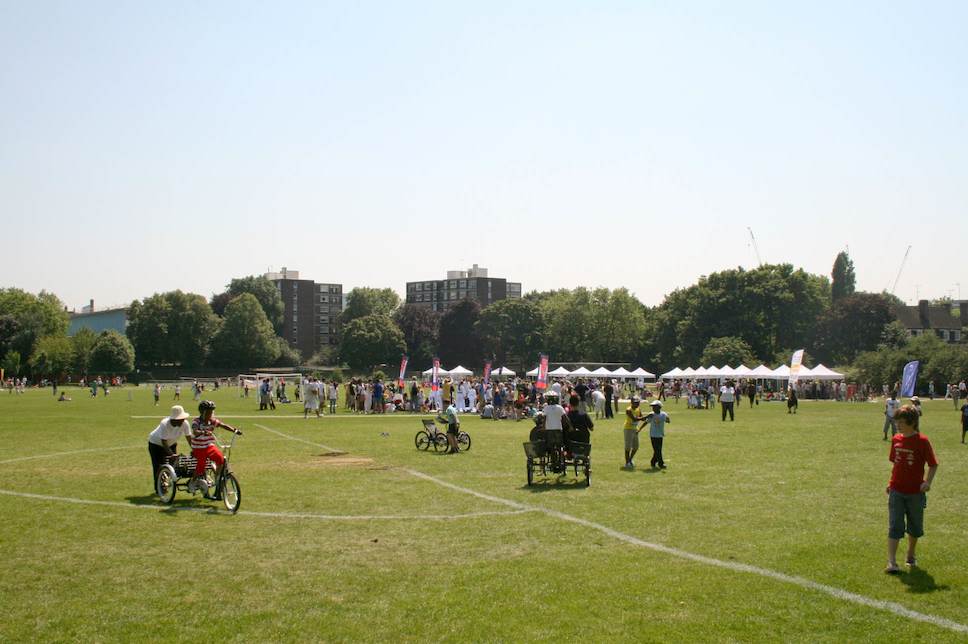 Fun and games for kids on the park’s sports field 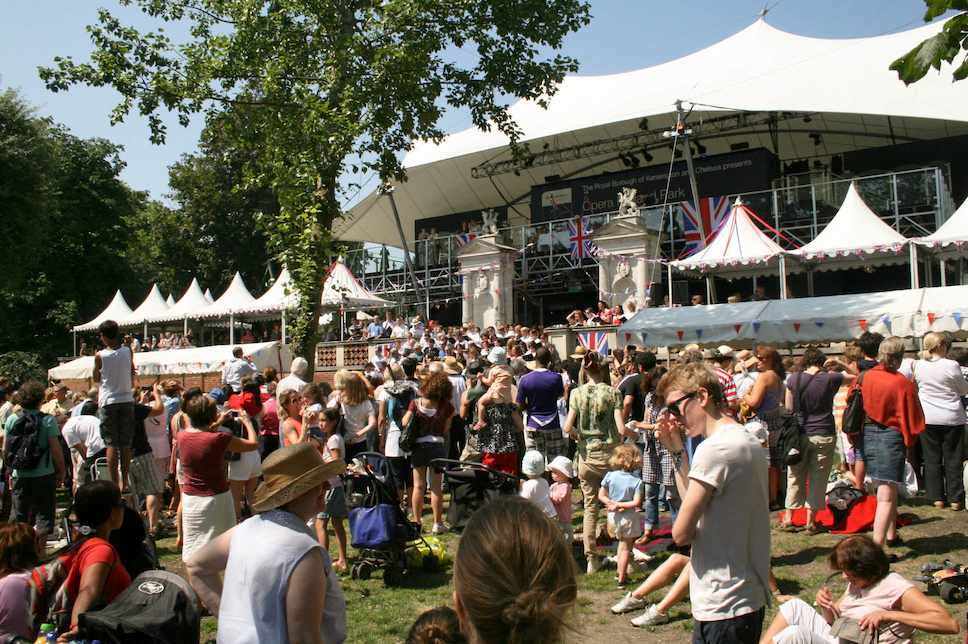 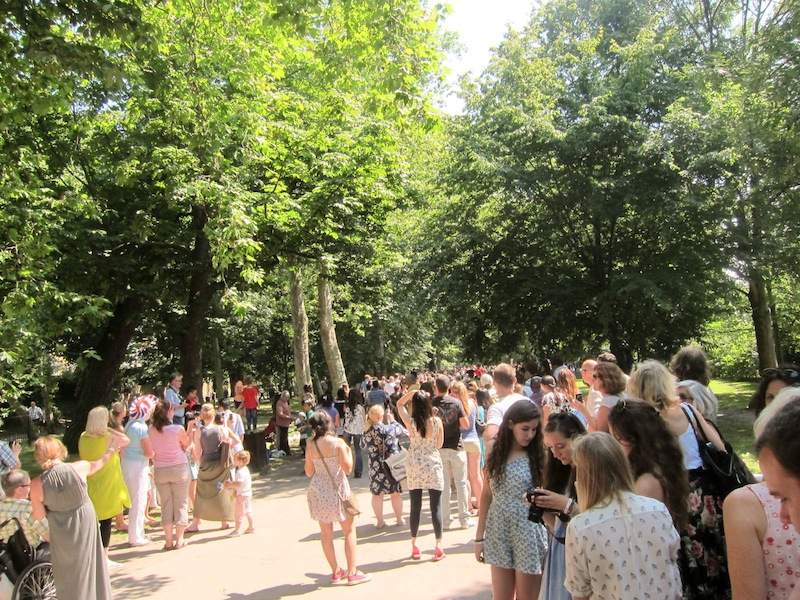 The crowd develops as the torch is almost upon us 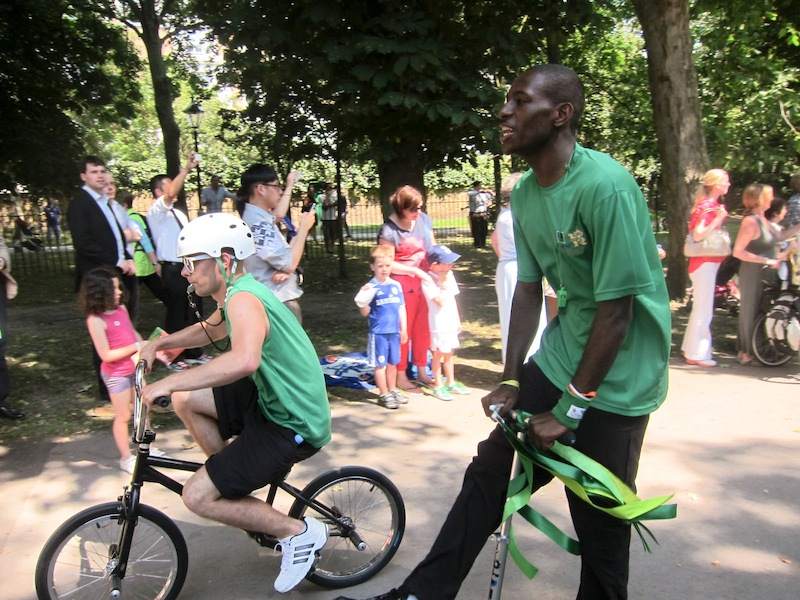 People on bikes, scooters (and also on foot!) alerting us that it’s “five minutes to the flame” 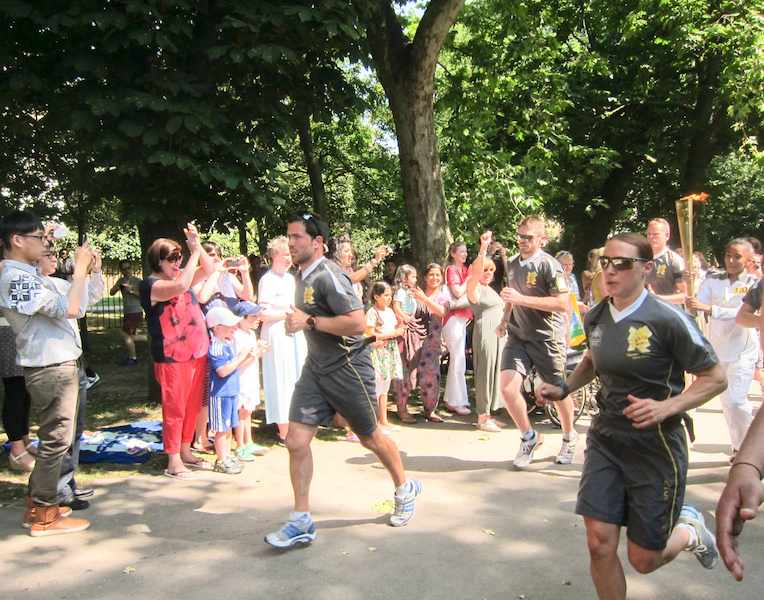 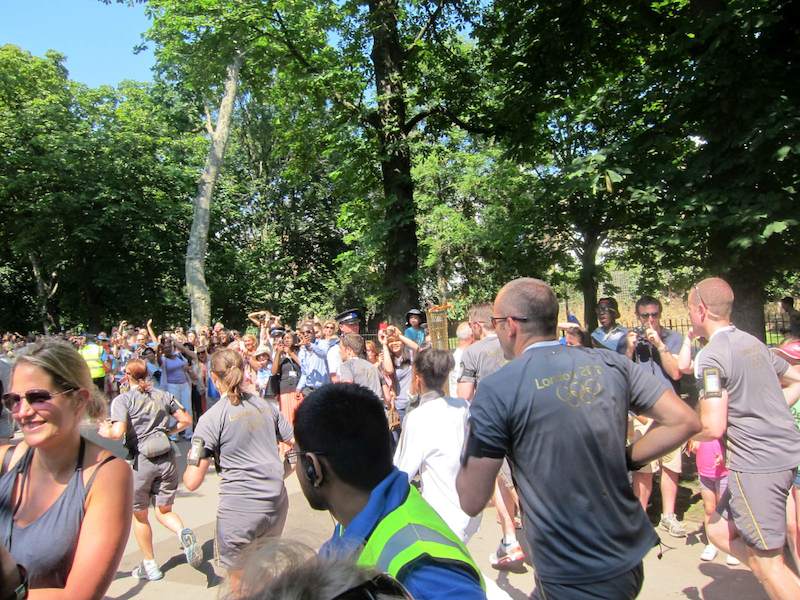 And there it goes – so quick! 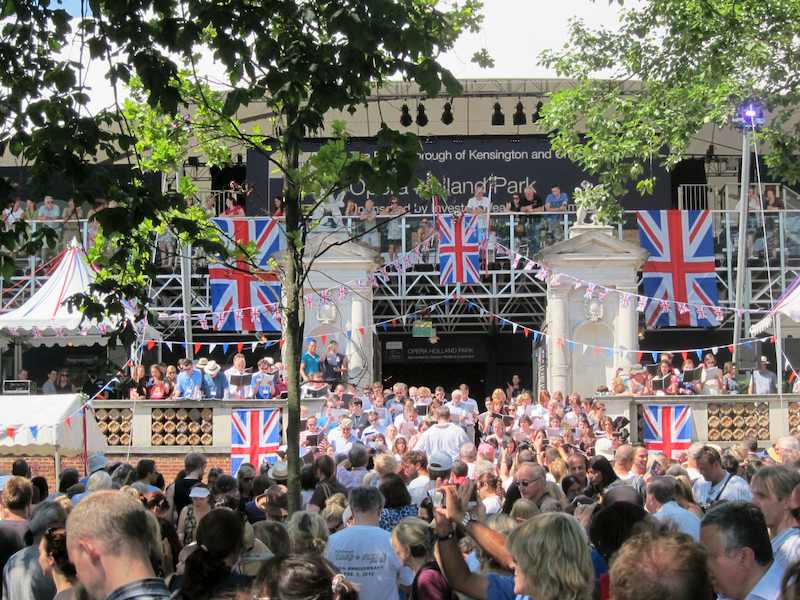 One Comment on “The Olympic Torch in Kensington & Chelsea”