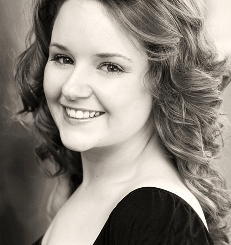 Sloane Square’s Cadogan Hall venue will be hosting a very special Valentine’s Day concert this year – one that’s perfect for a romantic outing – with the Royal Philharmonic Orchestra playing The Music of Burt Bacharach.

Songs by the “King of Sophisticated Pop” that will feature on the night include gems such as Anyone Who Had A Heart; Close to You; Alfie; Raindrops Keep Falling On My Head; This Guy’s in Love With You and his other classic songs written for a string of very well-known artists including Dusty Springfield, The Carpenters, Tom Jones, Dionne Warwick, Herb Alpert and many more.

Lead by conductor Richard Balcombe – established as on of the most versatile musicians of his generation – the Royal Philharmonic Orchestra will be joined by soloists Graham Bickley and Mary Carewe, as well as Cat Simmons (star of Family Affairs and The Bill) and Sarah Lark, who appeared in Andrew Lloyd Weber’s I’d Do Anything on the BBC in 2008.