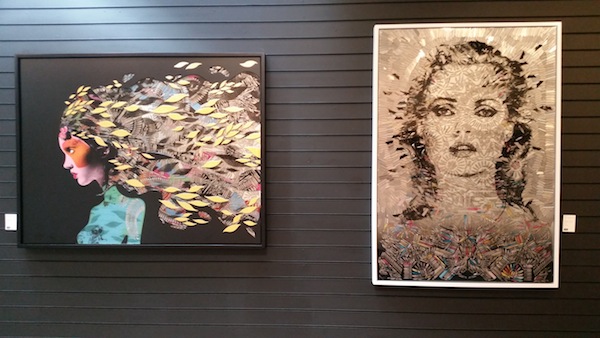 First opened by Adrian Palengat in a former antiques market on Portobello Road in 1999, Apart has operated as a full time pop-up gallery since 2006. Now, for Autumn/Winter 2014, the gallery is occupying two floors of stunning gallery space on Kensington High Street.

Apart is known for its early work with a significant number of established artists and for its playful, pop-influenced eye. More recently, the gallery has become well known for its overseas show programme with exhibitions in Europe, Asia and the United States.

During the run of the exhibition in Kensington, work by the following artists will be shown:

Further details on Apart and its Autumn/Winter exhibition in Kensington can be found on its website www.ap-art.co.uk or on the Facebook page www.facebook.com/2014christmasshow.

You can see a preview of the works being shown at Apart via the images in this post but do otherwise pop down today to the gallery to view the exhibition for yourself.