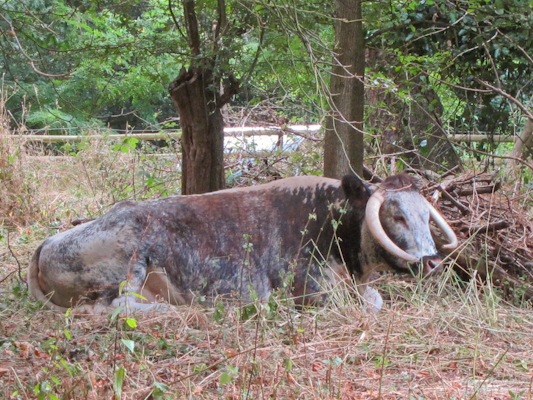 This summer, Holland Park once again has some special guests! No, not any special residents at the youth hostel or anything to do with the open air opera…but some English Longhorn cows, located in one of the closed-off fields in Holland Park for a three week period of grazing.

I’m sure that many of Holland Park’s visitors – be they dog walkers, joggers, parents and kids, tourists and others – have delighted in viewing the cows in the meadows located (approximately) in the middle of the park. It’s surely an unusual sight for any London park, and just one of the things that makes this West London park so quirky and delightful – not to mention, a joy to visit.

The four Longhorn cows – 5-year-old Jelly and her calf, Neeko, and 3-year-old Lulu and her calf, Noodle (Noodle!! How cute!) – came to Holland Park on 14th July. They’ve been brought in to help re-establish some of the meadows into wildflower ones for the coming seasons. If you pay a visit to where the cows are, you’ll notice that the fields have a rather rough terrain with little greenery, taken over by brambles and nettles. The cows have been grazing and gobbling up all before them from said brambles and nettles, to thistles and grass; this should help ‘disturb’ the wild flowers and bulbs that lie there that should then flower better in future.

Here’s a few photos of the Holland Park cows from today (1st August), just before lunchtime. Well, by that I mean human lunchtime – the cows had clearly already had their fill, and were lazing around on the grass, presumably digesting. To me it looked like the two babies were lying side by side, with the two mother cows lying a little distance away. 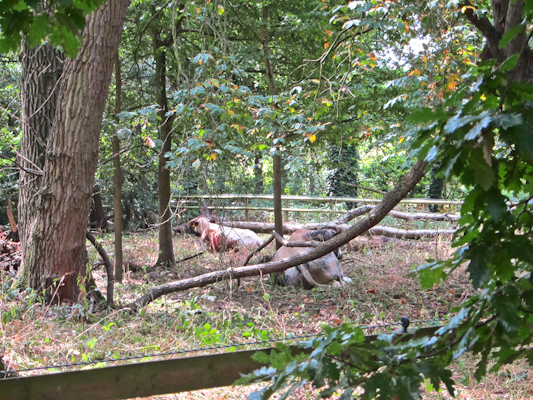 The adults take a rest 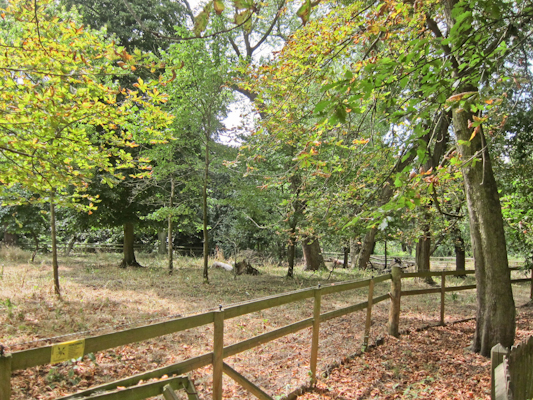 Cow enclosure – calves in the centre of the picture 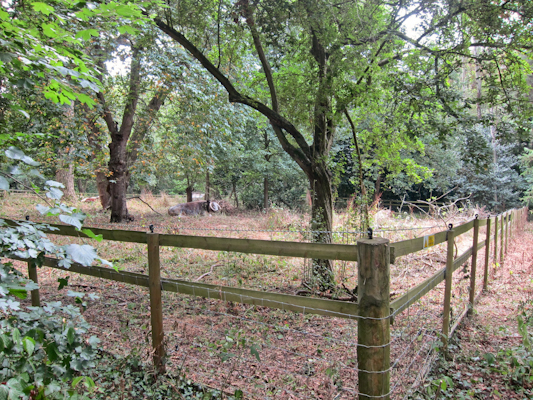 The cows are only there until Monday 4th August, so do pay a visit over the weekend if you want to see them ‘in action’ in Holland Park! You may well catch them up and about, grazing away merrily – they do often come close to the edge of their enclosure, so you can get a really good view of these beautiful creatures.